Recently I saw a video of a popular Social Media Influencer, a man who is highly intelligent and often shares things that are entirely Biblically-based—radical today— but so often I know is founded on scripture (whether he knows it or not). One thing he recently began saying and everyone is agreeing to is that we, as parents, only have our children for 4 short years.

Under my breath, I say NO and then I say WHY?

Of course, this is true for most parents, sometimes even shorter if the children are deposited in daycare. Parents rush them off to preschool. Some wait for kindergarten, but a young child is simply far too young to be influenced by their teachers (who sadly we've also recently become aware of having ulterior motives or an agenda you or I would never subscribe to). Add to this bullies or kids who've been exposed to GOD KNOWS WHAT and I say this literally—only GOD knows—that they will share with your child without any filter.

There is one thing I KNOW is that if it were not for homeschooling my children they would never have been the adults they are today. How could my sons have waited and been intimate with only their wives?

Why Homeschool?
In 2002 Erin Thiele was asked to help mothers at her megachurch, which was taped, and the outline she gave became an inspiring book called HomeSchooling for Him: Enter by the Narrow Gate. At the time, she was still homeschooling 5 of her 7 children (2 of had already graduated and were encouraged to intern to forgo the dangers of college). In addition to educating her own children, at the same time she also helped run a home business with her husband, along with her ministry that had become worldwide. Much of this you can learn more about in Workers@Home.
During this same time period, Erin encouraged hundreds of family to choose to take back the authority over the training and educating of their children, and was soon a popular homeschool speaker for many conferences in Florida and later in Missouri.
You may want to read the H4H book reviews and pick up an eBook or take the FREE Course.
H4H NXT Generation
After homeschooling her 7 children, years later, many are married and only 2 still are unmarried without children—the rest now have children of their own that are school-aged, so the next generation is being homeschooled.
YES, there are so many resources and homeschooling blogs available now, but what we believe makes this resource different is simply WHY we've chosen to homeschool:
• It is not for the sake of giving our children a better education (although this is what they will receive).
• It is not for the sake of protecting them from what's learned in school by ungodly curriculum and influential and bullying peers (although it will).

• We have chosen to educate our children ourselves because God entrusted our children to US as parents in order that we might have the opportunity to live as a family, learn as a family, LOVE as a family and make sure He is at the center of everything!

• Had I not been led, almost forced into homeschooling, I would never have seen my children remain morally pure, giving themselves to their spouses after writing River of Life and The Wedding Clothes for that purpose. I want my grandchildren to have the benefit of both parents raising them, so dating or practicing heartbreak and immorality will never achieve that!

HomeSchooling for Him!
Enter by the Narrow Gate

The book is simply the NOTES that Erin used when teaching this course to mothers at her megachurch. Thankfully, the Audio PODCAST is available to listen to. At this time, two of her sons had "graduated" from homeschooling with five more children. Each of the mothers who attended, a couple of dozen, ALL continued or began homeschooling with all the children from these families who continued until each "graduated."

Join our H4H Telegram Channel to hear more encouragement from other mothers just like you! Simply Journal and choose:

Yes! 😎 Please send me an invitation. 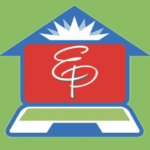 Two of my grandsons have been homeschooled using this curriculum and I've recommended it to other families who are planning to homeschool. We give an ongoing offering to this ministry since we want to offer it to parents who feel called to “Train up a child in the way he should go, so even when he is old he will not depart from it” Proverbs 22:6

Join our H4H Telegram Channel to hear more encouragement from other mothers just like you and share your experience with this free curriculum! Simply Journal and choose:

Yes! 😎 Please send me an invitation.